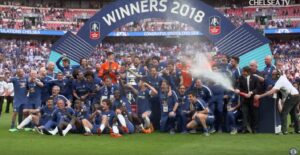 RELIGIOUS ACCOMODATION or DISCRIMINATION: The FA ban on Champagne 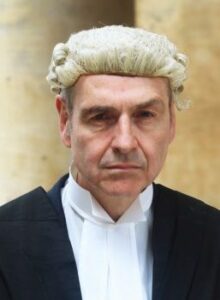 Stupid decisions are decisions that produce little or no gains but cause huge potential damage.

I believe that this decision is one of the most foolish and dangerous decisions to have happened in England in recent years.

The FA cup is the most important footballing event in England; the prize of victory is highly sought.  The FA cup is not just another sporting event; it is one of the markers of life in England and in the world.  The FA cup originates from 1871.

The FA cup opens to all League teams in England; English football being the most competitive and watched all over the world.    It is football’s equivalence to Wimbledon’s tennis.  It is a (or even, the) national event watched by many without the slightest interest in the game.

Does it matter that the national tradition of giving a case of champagne to the winning team is to be ‘scrapped’ out of respect for the (small) number of Muslim players?

I believe it does: for two reasons.  The first is because the important balance between religious accommodation and assimilation has been breached; and the second is the ignorance of bureaucrats that create disorder the world over.

However, it is possible for religious accommodation to reach an outer limit; and this is when the accommodation is contrary to the very values of Western society. And when contrary to the traditions of our English culture.  Religion is not something that can be cut adrift from society and culture.  Judeo Christian values in our Western culture embody our way of life, our views of marriage and of society.  Political restrain and rational debate in our political processes are aligned closely with our religious values.

Alcohol in our Western cultural tradition is a sign of God’s abundance, to be use with measure! We encounter it in the Bible from the Seder night of the Jews; to Jesus who, in the Bible, turned water into wine at the wedding in Cana, Israel.  Jesus was encouraged to do this miracle by his mother (and praised by the host of the wedding for serving the best wine last - after the guests’ senses were dimmed by the wine that had already been served!) Conversely, alcohol is prohibited in the Islamic tradition.

In an era of mass immigration; with social problems undermining the cohesiveness of our very societies (see The Virtue of Nationalism), nothing is more important than the assimilation of migrants into the values of Western society general. With due respect, some of those who have come to Europe appear to lack sufficient understanding of Western values on freedom of speech, of religious criticism, on the treatment of women, Jews and homosexuals and of our national heritage-.

"It is a paradoxical inversion of the principle of tolerance to promote inclusivity by the systemic discrimination of the majority beliefs of your own society."

The vanquishing of one’s own values will not aid assimilation but will encourage further concessions in other more sensitive fields.  The need to respect women, for instance, is now pressing in our societies: especially in the wake of the reluctance of the authorities to deal with the safety of young women in cities like Rotherham (where numerous young girls were sexually trafficked).  It is a paradoxical inversion of the principle of tolerance to promote inclusivity by the systemic discrimination of the majority beliefs of your own society.

"I can see little to be gained from this decision, other than resentment.  The FA decision is simultaneously foolish, ignorant and unsettling."

The second reason why this ban is wrong is that it is simply grossly ignorant.  Throughout the West the creation of bureaucrats who have no real function but to expand their ‘non functions’ by controlling other citizens is a huge problem.

The ban on champagne was apparently introduced by the FA under no compulsion or pressure; and was probably inspired by a bureaucracy whose only function (in an ideological sense) is to find and seek work by creating problems in order to prevent their own demise.

I can see little to be gained from this decision, other than resentment.  The FA decision is simultaneously foolish, ignorant and unsettling.

Western values are founded on Christianity

There was no demand by the Muslim community for a ban on alcohol.  One suspects that the Muslim football players in the FA cup would have been reasonable enough to simply decline the offer of alcohol, without wanting to stop the celebration of their colleagues and friends.  In many instances, the Islamic community is more respectful of Christian values that our own bureaucrats and countrymen.

Western values are founded on Christianity, or more accurately the Judeo- Christian tradition; and are to be celebrated. Thank God for Western values or what is left of them.

And society is a community of ideas.  Time tested ideas and values should be treasured and, if they are not shared, there can be no national State.

Tolerance is good; self -destruction is not!

The Leading United KingdomBarrister on
Religious and Human Rights